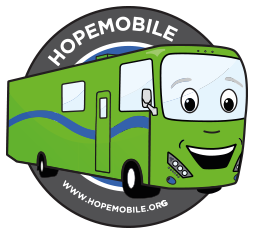 This author has not yet filled in any details.
So far admin has created 4 blog entries.

The Homeless Epidemic – How Hope Mobile Offers a Helping Hand

In 2015, about 1 out of 500 people in the United States were homeless. Of the homeless population, about 63% were individuals, 35% were families, and 6.5% were kids, according to the Homelessness Research Institute, Most Americans are one paycheck away from being homeless. About 62% of Americans have no emergency savings. Though the economy... [...]

There are over 1 million kids recruited into gangs in the United States, with the greatest risk for 14- years-old. A study in the Journal of Adolescent Health found that about 2% of kids in gangs are between 5 to 17 years old, and 29% of gang members are female. According to the National Gang [...]

The Hope Mobile Team! Working hard to make "second chances" happen for kids and families in need, the Hope Mobile starts with a great team of volunteers and staff. Featured in the photo collage are Zachary Brewster, our Community Outreach Coordinator, whose is reaching out to the homeless kids in our communities to not only [...]

With the help of the team at OC Wraps, the Hopemobile is getting a facelift. You can't miss our smiling green RV coming down the road! Why go green? The folks at Hope Mobile agreed that green represents growth and harmony. It's our symbol for hope and change! And if you believe in the psychological [...]